Billions of Dollars Waster? There Might Be Massive Fraud on California's Unemployment Rolls 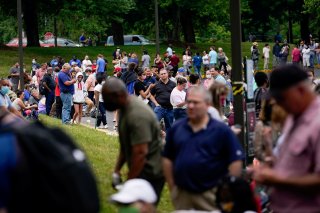 New reports indicate the federal Pandemic Unemployment Assistance (PUA) program has been subject to massive fraud, especially in California where the PUA caseload has spiked by 3.9 million in just the most recent two weeks of federal data. That suggests fraud is the main cause of the recent 33 percent increase in the national PUA caseload, which is also significantly overstating the reported number of unemployment benefit recipients nationwide.

California’s unemployment agency acknowledged Thursday that a sharp spike in continued Pandemic Unemployment Assistance claims — which more than doubled in just two weeks, according to new federal data — appears to be related to a spate of fraud plaguing the department.

“We certainly have legitimate PUA claims in California, but we do suspect that a big part of the unusual recent rise in PUA claims is linked to fraud,” said Employment Development Department spokesperson Loree Levy.

A Thursday U.S. Department of Labor report shows that California had paid out nearly 7 million such claims the week ending Aug. 22 through a federal program for self-employed and contract workers — a 29 percent jump from the previous week and an increase of 127 percent from two weeks prior, a highly unusual surge months into the pandemic.

The most recent Department of Labor data indicate that, as of the week ending August 22, there were 14.6 million PUA recipients nationwide. That reflects an explosion of 3.6 million recipients — a 33 percent increase — in just the past two weeks, resulting in PUA exceeding the unemployment insurance (UI) caseload for the first time. As the chart below displays, the national PUA caseload surge has been driven entirely by the 3.9 million rise in California’s PUA caseload, which more than doubled from 3,074,568 to 6,979,456 in the last two weeks.

Continuing Claims for UI and PUA Benefits (in US and California), March through August 2020

California now accounts for an implausible 48 percent of national PUA cases, or more than double the state’s 20 percent share of national UI cases.

The recent national spike in initial claims for PUA is also driven largely by California, with 77 percent of the national rise between the weeks ending August 8 and September 5 stemming from California. National UI caseloads also may not be immune from the California effect. The modest rise (+54,472) in national UI insured unemployment for the most recent week ending August 29 is more than explained by the 355,683 rise in California that week.

As I have noted previously, concerns about fraud compound concerns about the accuracy of the PUA continuing claims data, which have been distorted by the inclusion of backlogged claims. At one point, official DOL reports suggested there were nearly 6 million more people “on” PUA benefits than had ever applied to get on. In addition to reviewing “extensive fraud” in the PUA program, The New York Times summarized those additional PUA caseload irregularities and their effects:

[T]here is growing evidence of problems keeping track of how many people are being paid through the program. The Labor Department reports about 15 million claims for benefits nationwide. A comparison of state and federal records by The New York Times suggests that total may overstate the number of recipients by five million or more.

If the number of people getting unemployment benefits is lower than officially reported, it could affect thinking about the scale of the pandemic’s economic impact. In addition, the taint of fraud could undermine support for the program, and efforts to combat abuses may make it harder for legitimate applicants to collect benefits, which are distributed by the states.

This article first appeared in AEIdeas, a publication of the American Enterprise Institute.