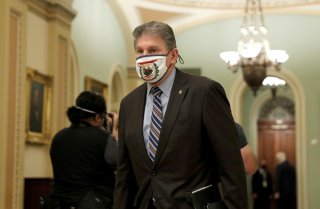 Before he was even inaugurated as president, Joe Biden, elected at a time of strong political polarization, emphasized the importance of bipartisanship in dealing with Congress: “I think I can work with Republican leadership in the House and Senate. I think we can get some things done.”

Incoming presidents routinely make such appeals, and for good reason.

Senate rules require a “supermajority” – 60 out of 100 senators, including both Democrats and Republicans – to pass major legislation. But presidents have found it difficult to fulfill the promise of bipartisanship, which would require negotiation between Democratic and Republican leaders and the agreement of substantial numbers of lawmakers from both parties.

Thus, presidents may or may not need the support of both parties. Biden is in one of those situations as he seeks congressional approval for a COVID-19 relief bill. Democrats in the Senate have indicated they will, if necessary, disregard the wishes of Republicans and pass the bill through the budget reconciliation process.

In “Done Deal? The Politics of the 1997 Budget Agreement,” I identify several factors that affect the prospect of bipartisanship in the budget process, where it is not required – but can happen.

A note on the definition of bipartisanship: Politicians often claim they achieved bipartisanship, even if only one member of the opposite party voted with the majority. Most political scientists, like me, do not consider that bipartisan. Bipartisanship typically requires negotiation by members of opposite parties, and some say it requires agreement by a majority of both parties. Others say bipartisanship is when a negotiation across party lines occurs and the majority party needs votes from the minority to prevail. That is the threshold I use here, though some refer to that as “cross-partisan” rather than “bipartisan.”

Party control of the branches is the most important factor.

Bipartisanship is much more likely under divided party control, when the president is of one party and the other party controls the House, the Senate, or both.

A crisis, or perceived crisis, is also a factor that may motivate leaders of opposite parties to negotiate a bipartisan agreement.

Finally, the willingness of congressional leaders of opposite parties to negotiate and compromise also affects bipartisanship.

Consider five examples of bipartisanship during divided party control from the past four decades, four of which involved a crisis:

In 1981, President Ronald Reagan, a Republican, relied on a faction of conservative Democrats in the House to pass major tax and spending cuts as the country struggled with both high employment and inflation.

In 1990, Republican President George H.W. Bush and congressional Democrats agreed to a major bipartisan budget deal under the threat of automatic cuts in domestic and defense spending.

In 1997, Democratic President Bill Clinton and congressional Republican leaders negotiated a balanced budget agreement, this time without a major crisis.

In 2011, Democratic President Barack Obama and Republican congressional leaders negotiated a package of spending cuts under the pressure of defaulting on the national debt.

In 2020, Republican President Donald Trump and a Democratic majority in the House agreed to several major bills designed to fight the effects of COVID-19.

Bipartisanship is much less likely under unified party government, when one party controls both the presidency and Congress. The president typically gives up on bipartisan negotiations and bargains with fellow partisans in Congress to forge legislation.

In 1993, President Clinton and congressional Democrats passed a major package of tax and spending increases without Republican support. Similarly, in 2009, President Obama and Democratic majorities in the House and Senate developed an economic stimulus bill with no Republican support, and in 2017, President Trump needed only Republicans to pass a major tax cut bill.

An exception to this pattern occurred in 2001 – a bipartisan coalition prevailed to pass a major tax bill.

This put moderate Senate Republicans who were concerned about budget deficits in a powerful negotiating position. Bush ultimately agreed to cut the bill’s cost by US$300 billion and include an expiration date of 10 years for the tax cuts, unless Congress renewed them.

Since a handful of Republicans – dubious of the need for tax cuts and wary of the effects on deficits – voted against the bill, Bush needed, and got, the votes of 28 Democrats in the House and 12 in the Senate.

Today, Democrats control both branches of government and the nation is in crisis. Like the Republicans in 2001, Democrats have a slim majority of House seats, and a tie-breaking vote in a 50-50 Senate. President Biden seems to favor bipartisanship more than do Democratic congressional leaders – Speaker of the House Nancy Pelosi and Senate Majority Leader Chuck Schumer.

Biden is seeking congressional approval for a major bill, a $1.9 trillion COVID-19 relief package to address a broad range of concerns, from vaccine distribution and economic stimulus payments to assistance for state and local governments, including schools. Yet Republicans believe the bill is too costly and too broad, and some congressional Democrats agree with them.

A counterproposal offered by a group of 10 Republicans is one-third of the cost and targeted mostly toward COVID-19 relief and vaccinations, aid for economically distressed families and support for struggling business.

Even though Biden may want to find common ground with Republicans, Pelosi and Schumer distrust them. Eager to take “decisive action,” they resorted to budget reconciliation where a Democratic majority can work its will in the Senate.

As in 2001, moderates within the majority party – led by Joe Manchin of West Virginia – now have outsize influence and are in a unique position to shape the outcome. Ultimately, a few Republicans may vote in favor of the final bill forged by Democrats, but their support will be far short of a true bipartisan agreement.