Black Candidates Are Electable and Can Win in Swing Districts 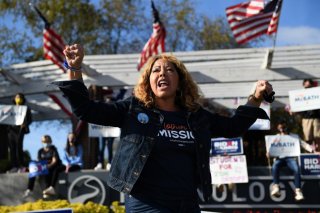 During the 2020 presidential election, there was a lot of discussion about what makes an electable candidate. Is it someone who is moderate? A candidate who can turn out the base? Do other attributes of the candidate matter? In my research, I looked at one specific characteristic of potential electability: the candidate’s race.

Conventional wisdom previously held that Black Democratic candidates struggled to win swing congressional districts due to racial prejudice among white voters. As a result, they were encouraged to run instead in districts considered safe because most of their constitutents were Black and were strongly Democratic.

In 2018, however, multiple Black Democratic candidates ran – and won – in competitive congressional districts that had high percentages of white voters. Examples of these representatives include Lucy McBath of Georgia and Colin Allred of Texas, both of whom were recently reelected. There were very few Black Republican candidates, only one of whom claimed victory in 2018.

Scholars have found that some white voters are unwilling to support a Black candidate, even if that candidate holds similar views. However, many of these voters who hold racially conservative views are likely to vote Republican anyway, so neither a Black Democratic candidate nor a white one would get their votes.

Based on these findings – and the success of Black Democratic candidates in 2018 – I wanted to investigate how their performance compared to white candidates in similar districts.

I looked at congressional seats that were held by Republicans or were open seats formerly held by Democrats, and focused on the 112 districts where votes for president in 2016 fell within 10% of the national presidential vote. These districts are typically either majority white or have a very large plurality of white voters.

In those 112 districts, 11 Black candidates ran in 2018. My statistical analysis found that they did not do worse than white candidates running in similarly competitive districts. Of the 87 non-Hispanic white Democrats running, 36 won – or 41.4%. Six of the 11 Black candidates won, or 54.5%: McBath and Allred, as well as Jahana Hayes of Connecticut, Lauren Underwood of Illinois, Antonio Delgado of New York and Steven Horsford of Nevada.

All six won in districts within 5% of the national presidential vote, the sort of districts where most Democratic victories occurred in 2018.

What explains their success? These candidates had extraordinary biographies. For example, Delgado was a Rhodes Scholar, and McBath became a prominent gun control advocate after her son was shot and killed for playing music in a parking lot. This may have allowed these candidates to win despite the racially prejudiced attacks they faced.

Nonetheless, these results show that the conventional wisdom that Black Democratic candidates cannot win outside of majority Black districts did not hold in 2018. The 2020 election gave further evidence of Black Democrats’ electability in competitive districts.

Lessons for the future

Each of the six Black representatives who had won these narrowly divided districts in 2018 won reelection in 2020 – even as many of their fellow first-term Democratic colleagues lost reelection in similarly competitive districts. This indicates that Democrats can back more diverse candidates without worrying it will cost them at the polls.

While my research focused on district-level races, future investigations should look at statewide elections in battleground states as more Black candidates run for U.S. Senate and governor. In the November 2020 elections, Black Democratic candidates such as Jaime Harrison in South Carolina and Mike Espy in Mississippi both lost, but they did better than Joe Biden did in their Republican-leaning states.

With the upcoming Georgia runoffs on Jan. 5 and the candidacy of Black minister Raphael Warnock for one of the seats, we will get further indication of how my results may translate to statewide elections. If Warnock wins or comes close, it may be a sign that Democrats can also recruit diverse candidates for statewide office without it costing them support.