A Blast From the Past, WWII-Style Naval Convoys are Making a Comeback 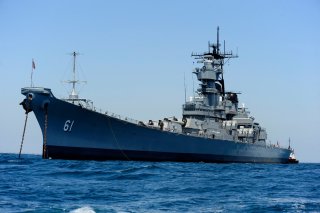 Here's What You Need to Know: Adding more than 60 ships to the sealift fleet is a tall order and could cost billions of dollars. But experts’ warnings have not gone entirely unheeded.