Bloodbaths: These Were Some of History's Deadliest Conflicts 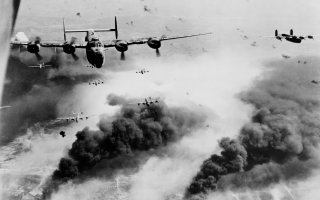 Here's What You Need to Know: The five wars on this list may have collectively killed up to a quarter of a billion people.

Why Does the U.S. Support War Crimes in Yemen?