Bombcats: In the 1990s, the F-14 Tomcat Became a Strike Aircraft 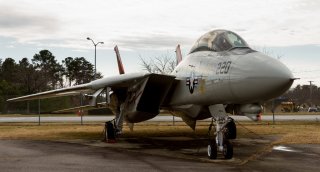 Here's What You Need to Remember: In the words of one author, the F-14 was a Cold War plane the Navy didn’t really see a need to keep operating. The lighter Super Hornet provided much of the same capability while being much cheaper in fuel and maintenance costs. As a strike fighter, most of the F-14’s advantages were nullified by later upgrades to the F-15E Strike Eagle, which improved the avionics. The F-15E already possessed a greater bomb load and range, so the F-14D didn’t really provide any advantage there.

Charlie Gao studied Political and Computer Science at Grinnell College and is a frequent commentator on defense and national security issues. (This first appeared several years ago.)