Bond Investors Have Shown a Preference for Funding Green Projects 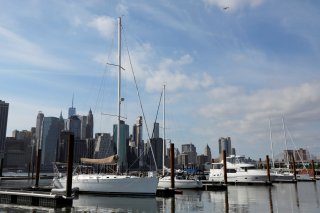 Municipal bond investors are increasingly confident that as climate change accelerates, cities will be forced to prioritize projects that seek to mitigate the consequences, according to a newly published analysis of bond yields I conducted.

The findings suggest investors believe such climate-related investments are safer – and more likely to be repaid – than other types of long-term city projects that may have less of a chance of happening because of limited funds. This can be seen in the higher prices – and lower rates of return – investors are willing to pay for longer-term municipal bonds certified by the Climate Bonds Initiative compared with similar debt that doesn’t carry that certification.

Cities and other governments have for years been fiercely debating what if anything to do about climate change. My research shows that there’s a reward, in terms of relatively low financing costs, to pursue long-term climate action now. It suggests investors have already acknowledged the consequences of human-induced climate change are real and have created a financial incentive for those cities that are trying to adapt. And this could help fuel a faster transition to a low-carbon world.

It’s unclear if this climate project premium holds for other types of debt, such as that issued by companies or federal governments. The market for Climate Bonds Initiative-certified bonds is still quite young, with about US$120 billion issued worldwide since 2014 – just a drop in the bucket for a bond market worth more than $100 trillion.

Beyond the market that I looked at, there is a much larger market for self-labeled “green” and climate-aligned bonds that are not certified. Researchers are trying to determine if investors are willing to pay a premium – dubbed a “greenium” – when bonds are issued by corporations or governments to fund any environmental or climate-related projects. Currently, the results have been inconclusive, as different studies have reported conflicting results. If a premium on all green and climate-aligned bonds exists, this would supply further evidence of an investor subsidy provided to borrowers who claim to use their proceeds for environmental or climate-related purposes.