This Boring Looking Plane Can Start a Nuclear War 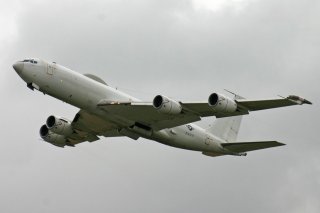 Here's What You Need to Remember: The E-6 platform should remain in service until 2040 thanks to a service-life extension program and continual tweaks to its systems and radios. While the Mercury has demonstrated its usefulness as an airborne communication hub for supporting troops in the field, the airborne command post will be considered a success if it never has to execute its primary mission.

This first appeared in 2016. It is being republished due to reader interest.

Doomsday Plane: America's E-6 Mercury Can Herald The End Of The World