With Both Russian And NATO Tanks, Poland Gives New Meaning To ‘Hybrid’ Warfare 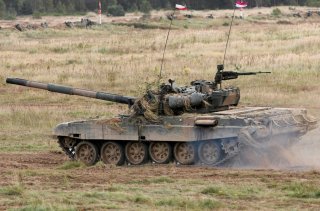 Here's What You Need To Remember: Adopting Leopard 2s was the first step towards Westernizing the Polish tank fleet, but it split the ammunition supply chain for Polish tanks as the PT-91s and T-72s in Polish service still used 125mm guns. Bumar plant proposed a solution with the PT-16 and PT-17 tanks, which attempted to fit Western tank tech and a 120mm cannons onto the T-72.