Brexit: UK Pound Hasn't Crashed Yet, But It Probably Will Soon 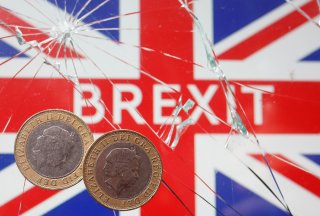 The Brexit deal has failed to have any major effect on the exchange rate of the pound since January 1. The pound has held steady against the US dollar at US$1.36 and has strengthened slightly against the euro to €1.12. This was very much consistent with the modest expectations of the markets. But what about the longer term?

According to the research centre UK in a Changing Europe, the effect of Brexit on the economy is expected to emerge slowly, but to be permanent. The centre estimates that UK’s economy will shrink by a total 4.9% over 15 years.

This is likely to add extra pressure on the pound, which has generally been weakening in recent years. The question is how quickly the effects of Brexit are likely to feed through.

At the same time, Brexit has played a role in undermining international investors’ belief in the UK as a beacon of stability and trustworthiness and hence in a prosperous future for the British economy. This too is likely to affect the currency over time.

Sterling was already in an obvious downward trend against both the dollar and euro over the past couple of decades, as you can see from the chart below. Since the global financial crisis of 2008-09, this trend has accelerated because of the UK economy’s relatively slower productivity growth, despite the fact that it was running a very loose monetary policy. Incidentally, the pound has been falling faster against the euro than the dollar.

So where does Brexit fit in? Although the Brexit trade deal guarantees that goods such as food, clothes, white goods and machines will continue to trade without tariffs, there are caveats that are likely to undermine trade between the EU and UK – with potential consequences for the currency.

To qualify for zero tariffs, goods need to satisfy the relevant rules of origin, which relate to where the items came from. For example, a car assembled in the UK will qualify to be sold free of tariffs to the EU as long as 60% or more of its value was produced either in the UK or the EU.

The tweet, from Peter Foster, the public policy editor at the Financial Times, explains this concept, adding that companies are now realising what “rules of origin does to supply chains”.

In addition to the rules of origin, trade in goods covered by the deal is only tariff free as long as there is no significant divergence in terms of rules and regulations (the famous level playing field clause). This means that neither side is allowed to lower their standards if they want free trade to continue. If this led to divergence in UK standards over time, this could reduce the number of products that could be freely traded. However, it seems more likely that the UK will avoid diverging from EU standards and that as a result, more tariffs will not be added here.

Overall, however, all trade models predict that international trade in goods between the UK and EU will be reduced, given that Brexit creates new obstacles for the two trading partners and this is costly. As a consequence, some import prices will increase and some export jobs will be lost.

Less trade with the EU, the biggest single market for the UK, will imply reduced demand for its currency and hence a lower value for the pound. This could also mean that UK firms face less competition domestically from EU exporters, which could cause productivity in Britain to further flatten. Reduced productivity for the UK could also cause sterling to drop in value as devaluation is then the only alternative to maintain international competitiveness.

Services are even more important from the UK’s perspective. Led by areas like finance and law, they make up a significant part of UK GDP, and the EU is again the biggest single export market.

The Brexit deal does not include trade in services. The UK and EU are still aiming to negotiate an agreement that will involve them. But with Paris and Frankfurt seeking a share of the UK’s financial services business, a reduction in EU-UK services trade seems unavoidable.

Maintaining the same level of activity in the UK therefore looks uncertain in the short term, and not without its problems in the long term – depending on whether there is an agreement on services in the next year or so. Because services is the biggest part of the UK economy, a failure to reach such an agreement could reduce demand for sterling in European markets more than anything else.

In sum, the Brexit deal is likely to mean that sterling will continue its downwards trend against the dollar and euro. This will affect everything from the price that people pay in British supermarkets to the cost of holidaying abroad. It will not come as a surprise if the euro equals a pound sterling over the next two years and the dollar rate strengthens to US$1.20 to the pound.