Bring Back the US Navy's World War II "Can Do" Attitude 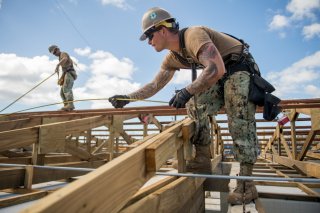 Here's What You Need To Remember: And Bobcat is a reminder that every forward naval or military base need not be an elaborate affair like a Yokosuka or Sasebo, home to the U.S. Seventh Fleet. Dispersing infrastructure among many smaller-scale bases bolsters resiliency—helping the fleet ride out an assault on major installations and fight on. Which in the end is what it’s all about.