Britain Almost Beat the U.S. to the Punch On Supersonic Bombers 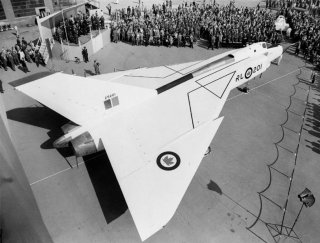 Here's What You Need To Remember: The plan was for the RAF to begin flying the 730 in 1965, perhaps a year before the SR-71 became operational. Alas, no 730s would ever leave the drawing board.