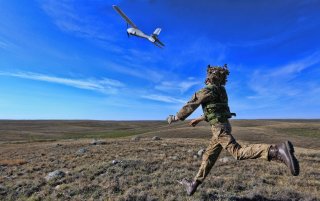 Here's What You Need To Remember: Beyond scouting, the drones could be used to ambush the enemy. The tracked X3 isn't armed, but it is fitted with speakers on the front and could be employed in a deception effort.

Earlier this year, the UK's Ministry of Defence showcased new high-tech equipment including the Nano Bug mini drone that can fit in the palm of a soldier's hand. It can travel at speeds of up to 50mph and provides the troops on the ground with a bird's eye view of the battlefield.