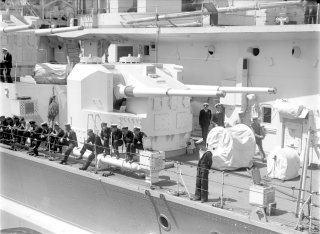 Here’s What You Need to Remember: That the design process continued as long as it did is a testament both to the longevity of Great Britain imperial pretensions, and to the belief that battleships would remain an important factor in naval warfare. The late 1940s, which combined the increasing lethality of shipborne aircraft with the financial inability of the Royal Navy to maintain its existing fleet, disabused Britain of both these notions.