A Bulletproof Vest Won't Save You From Russia's New Assault Rifle 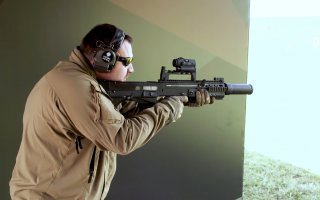 Here's What You Need to Know: The ShAK-12’s can fire armor-piercing rounds to penetrate bullet proof vests.

Mark Episkopos is a frequent contributor to The National Interest. Mark is also a Ph.D. student in History at American University.