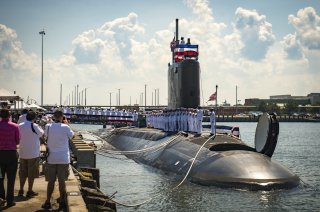 Here's What to Remember: The U.S. Navy is now expected to receive delivery of nine of the Virginia-class Block V submarines between 2025-29.