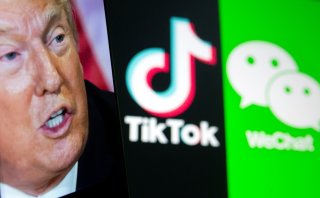 The proposed TikTok partnership deal between US-based companies Oracle and Walmart and China-based ByteDance fails to address the concerns associated with user data being tied to a Chinese company. Even if majority ownership goes to the US, a continued ByteDance stake in TikTok—regardless of whether it’s as a minority or majority holder—would enable connections between the app’s data and the Chinese Communist Party to be maintained.

It’s clear from ByteDance’s operation of Douyin—the Chinese version of TikTok used in mainland China—that the company’s domestic platforms for Chinese users are closely entangled with the CCP. Proof of a connection between TikTok and the CCP, however, was until recently, more difficult to establish.

When Beijing released a policy document on 15 September urging China’s private sector to adhere closer to party ideology, TikTok’s links to the CCP became much more obvious. These policy guidelines illuminate the party’s approach to increasing its influence over private enterprises and entrepreneurs, which includes TikTok as a subsidiary of ByteDance.

With TikTok’s ties to the party, it’s possible to imagine that the applications of user data from TikTok and from ByteDance’s Chinese platforms may not differ substantially. Douyin, for example, has been used as a tool for spreading ‘positive energy’, a term that embodies political ideology in China and has become a popular hashtag. Many of the videos associated with positive energy reportedly propagate dominant state ideology.

The vice president of ByteDance (and secretary of its CCP committee), Zhang Fuping, has emphasised that as an internet company, ByteDance should make use of its advantages in technology and talent, and actively spread positive energy. Here, it’s evident the CCP can use ByteDance’s platforms such as Douyin as a tool to spread political ideology through consumer-friendly short videos.

Although this shows how Douyin can be used as a vehicle for spreading the party message, a recent ASPI report, TikTok and WeChat: Curating and controlling global information flows, found instances of positive energy being spread on TikTok as well. The account @guanvideo, for example, comes from a company that produces videos it says adhere to positive energy guidance and posts content to the #Xinjiang hashtag on TikTok.

Beyond the distribution of CCP ideology, Douyin and TikTok can also be utilised as data-collection platforms to benefit the party. In 2016, China’s state council released an ‘outline of action to promote the development of big data’, which described how big data will become a means to improve governance. This essentially means that any company with data-collection platforms and affiliations with China is capable of benefiting the CCP’s governance system—including TikTok.

The ByteDance Institute of Public Policy (京字节跳动公共政策研究院) has published a report on how data collected from Jinri Toutiao, a Chinese news and information platform created by ByteDance, can be used to support the CCP’s governance systems. The report features analysis of reader preferences based on data from users in 366 cities across China in the first half of 2018.

One of its most significant findings was that the ‘urban temperament’ in smaller cities is more susceptible to being influenced by social and political events and movements. This has significant implications for the ways in which the government interacts with smaller cities and their inhabitants. In short, user data analysis from ByteDance platforms can aid in shaping how, what and where content is conveyed through the company’s platforms.

Although the ByteDance Institute’s report is specific to users within China, it demonstrates potential applications of user data to benefit the party more broadly. As Beijing continues to tighten its grasp of the private sector, companies like ByteDance with close ties to the CCP will continue to assist it when they can.