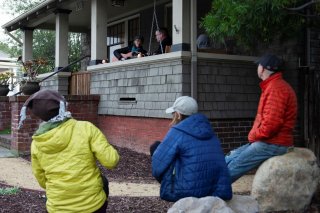 On January 1, 2020, California Assembly Bill 5 (AB 5) went into effect, drastically curtailing Californians’ freedom to work on their own terms as freelancers. The law, which was written by the AFL-CIO, presents many freelancers in the state with only two options: find a permanent employer willing to hire you or find a new line of work. Ostensibly designed to help Uber and Lyft drivers, the law has drastically affected millions of workers in the state. Recently, a ballot initiative creating an exception for Uber and Lyft qualified for the November election.

The law doesn’t apply to everyone evenly, though. Among a labyrinthine mishmash of exceptions is one for contracts for “professional services.” This exception applies to 11 different types of services, the majority of which concern speech protected by the First Amendment. But the limitations placed on the various categories of speech are unequal. While freelancers may provide fine art, marketing, and graphic design services without limitation, freelance journalism and photojournalism (newspaper cartoons included) are subject to unique limitations. Workers cannot make more than 35 submissions per publisher per year that qualify as journalism or photojournalism, and freelance photojournalists may not make any video submissions whatsoever.

The American Society of Journalists and Authors (ASJA) and the National Press Photographers’ Association (NPPA) filed suit challenging the law, and for good reason: subjecting categories of speech such as journalism and photojournalism to harsher restrictions than services such as marketing or fine art is not only arbitrary and harmful, it’s unconstitutional.

The case is now before the Ninth Circuit where Cato, joined by the Reason Foundation and the Individual Rights Foundation, has filed a brief in support of the journalists. We argue that the trial court’s decision to dismiss the case is inconsistent with the First Amendment and with the Supreme Court’s decision in Reed v. Town of Gilbert.

In Reed, the Court made clear that laws restricting speech on the basis of content are presumptively unconstitutional and must clear the high bar of strict scrutiny review. Content‐​based restrictions are those that require examining the content of a communication. A law banning certain song lyrics is content based, but a law banning playing music too loud is not. California wants to evade strict scrutiny by using the complexity of AB 5 to its advantage, obfuscating the way the law works in an attempt to change a content‐​based restriction into a “speaker‐​based,” content‐​neutral one. As Reed made clear, however, “speaker‐​based” restrictions can still be content based and terming a restriction on speech as “speaker‐​based” is frequently a cover for controlling speech based on content. Such is the case here.

What distinguishes speech categorized as marketing or fine art from speech categorized as journalism or photojournalism? The content, of course. And when a law targets speech based on content, the law is unambiguous: strict scrutiny applies. California’s argument is inconsistent with Reed, Reed’s applications in courts around the country, and with its own law. We are therefore asking the Ninth Circuit to join its sister circuits in affirming that Reed is the law of the land and grant journalists their day in court.

This article by Trevor Burrus first appeared in CATO on May 26, 2020.