California Has Big Plans With Its Massive Budget Surplus 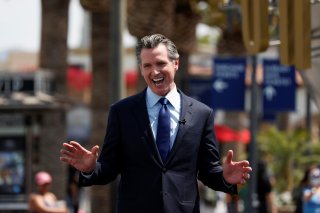