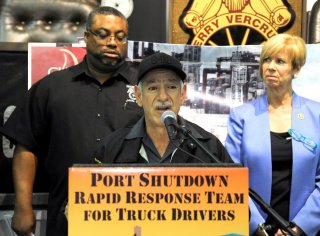 Here are some highlights from the report, titled “An Analysis of Unemployment Insurance Claims in California During the COVID-19 Pandemic.”

“California saw a surge in initial claims for PUA in August that led to the highest weekly count since the start of the PUA program. … EDD has stated concerns that a recent increase in fraudulent PUA claims may be contributing to this surge.” [Note: EDD is the California Employment Development Department, which administers unemployment benefits.]

The number of PUA continuing claims, which include backlogged weeks of benefits, has been driven up by recent claimants seeking more weeks of back benefits:

“A dramatic and recent increase in the number of payments processed each week (often called “Continuing Claims”) has been driven by a rise in claimants certifying retroactively for multiple weeks of benefits. … The increase in retroactive payments has been primarily driven by new PUA claimants certifying for benefits for weeks of unemployment experienced back to the earlier stages of the crisis. The average number of payments each PUA claimant has certified for has risen from about four weeks in June to over eight weeks of payments more recently.” (Pages 1-2)

“Throughout the summer, claimants of regular UI have been almost five times more likely to exit UI in any given week than those receiving PUA benefits.” (Page 2)

An enormous share of younger workers has claimed PUA or UI benefits:

“We found that 89% of all initial PUA claims during the crisis were from previously self-employed individuals, with the remainder from individuals that had not qualified for regular UI for other reasons.” (Page 4)

The data suggest every self-employed person in California has filed a claim for PUA benefits: