Calling All Mad Scientists: The Air Force Is Conducting Some Explosive Experiments 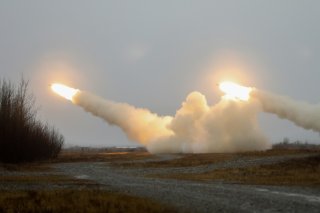 Here's What You Need To Remember: Not surprisingly, what the Air Force wants is not just fuel that detonates like a bomb, but also detonates only when it’s supposed to.

So why not combine the two and create a rocket whose fuel also doubles as the warhead?

That’s the idea behind an Air Force research project to develop dual-use rocket fuel that also functions as a munition. The idea has precedent, though accidental and hardly desirable. NASA keeps gawkers miles away from the launch pad when it launches rockets from Cape Kennedy, because boosters powerful enough to send a spacecraft into orbit are also powerful enough to devastate the surrounding area if they explode (the explosion of a prototype Soviet Moon rocket in 1960 killed the head of the Soviet Union’s strategic missile forces). But the most famous demonstration of rocket fuel as a weapon came in the 1982 Falklands War, when the destroyer HMS Sheffield was sunk not just by the warhead of an Exocet missile, but also unignited propellant that set the ship ablaze.

Not surprisingly, what the Air Force wants is not just fuel that detonates like a bomb, but also detonates only when it’s supposed to. That’s no easy challenge. “While the energetic crystals within propellants and explosives are often similar indicating dual-mode potential, the formulations are different and optimized for their respective application,” the Air Force noted. Rocket fuel is designed to burn at a certain rate and over a broad range of temperatures (-65 degrees Fahrenheit to 165 degrees, according to the Air Force). Otherwise, the rocket spins out of control or explodes.

Interestingly, in an online Q&A with the Air Force, one company said it has a patent pending for a dual-use initiator that “has the capability to either initiate a rocket motor or detonate a warhead.”

But what's particularly noteworthy about the dual-use fuel concept is how the Air Force foresees using it. One reason the U.S. military wants fuel-based warhead is because next-generation munitions will be smaller, which presumably means less space for both propellant and warhead, and thus an incentive to combine the two. The research proposal also speaks of the utility of dual-use fuels “particularly for air superiority,” which suggests that a fuel-based warhead would allow more smaller and more maneuverable air-to-air missiles. “This approach has the potential to alter the paradigm of missile/munition design since it increases system flexibility by allowing additional thrust control in the terminal encounter and/or utilizing the larger surface area of a case to mimic a larger warhead for either blast or fragment distribution near a target,” the Air Force said.

Phase I of the project calls for contractors to submit a formula for a dual-use propellant. Phase II involves a demonstration that would consist of “burning the material with a motor, extinguishing burn, and detonating residual energetic material.”

Michael Peck is a frequent contributor to the National Interest and is a regular writer for many outlets like WarIsBoring. He can be found on Twitter and Facebook. This first appeared in 2017.