Can the A-10 Warthog Take Out Iran's Ragtag Navy? 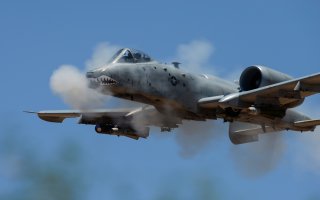 Here's What You Need to Know: These flying tanks are good at taking out small boat swarms.