Can America Bounce Back From the Pandemic With a New Roaring Twenties? 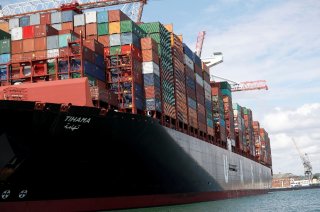 This is the sort of economic forecast, hardly uncommon these days, that seems to support the notion that this new decade might be another Roaring Twenties following a terrible global pandemic:

We expect real GDP growth just shy of 7% this year and about 5% next year. At this pace, the economy will return to full employment by early 2023, with unemployment well below 4% and labor force participation back near its pre-pandemic 63%.

Like I said, there are plenty of bullish forecasts out there, although the one above happens to be from Moody’s Analytics economist Mark Zandi. And the bullish argument is pretty much the same across all of them: vaccinations releasing pent-up demand + fiscal stimulus + easy monetary policy = the Big Blip. But a post-pandemic bounce won’t give you a dynamic decade. Remember, the Roaring Twenties was a period of fast economic growth driven by fast productivity growth.

Can we do better? That is the issue at play in a “long bet” between two economists, productivity-optimist Erik Brynjolfsson and productivity pessimist Robert Gordon. Specifically: “Private Nonfarm business productivity growth will average over 1.8 percent per year from the first quarter (Q1) of 2020 to the last quarter of 2029 (Q4).”

Gordon is taking the negative, mostly because he continues to be underwhelmed by the further productivity-boosting potential of the IT Revolution (especially versus the Great Inventions of the past, such as the combustion engine and factor electrification). Gordon: “AI is nothing new, and for more than a decade has replaced human customer service representatives by annoying voice-recognition systems without reviving growth.”

So what makes Brynjolfsson confident of long-run acceleration? First, AI (machine learning) is a general purpose technology that will seep into all areas of economic life. Second, it takes time for a new GPT to effectively diffuse through an economy. Brynjolfsson:

The productivity benefits of general-purpose technologies typically take years to show up in the official statistics. In fact, productivity is initially suppressed as organizations invest time and effort creating intangible assets like new business processes, new skills, new goods and new services. However later, these investments are harvested, boosting productivity. The result is a productivity J-curve. Recent research indicates that are approaching the rising part of the productivity J-curve for AI and related technologies.

One would guess this is a bet Gordon wouldn’t mind losing given the societal benefits of faster productivity growth. I am certainly hoping that Brynjolfsson is victorious (and has to give $400 to charity), although I would love for his prediction to be supported by better public policy — including more immigration and science investment and less anti-growth regulation.