Can American Free Speech Stand the Test of Social Media? 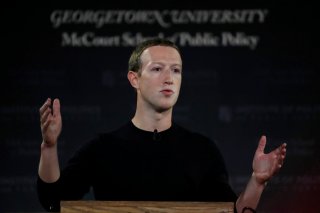 The counting of electoral college votes to certify the result of a US election is usually a routine affair. But emboldened by a provocative speech by outgoing president Donald Trump, an angry mob of his supporters made the ceremony international news by breaking into the US Capitol in a brazen attack on American democracy.

Most Americans – and anyone watching television in the rest of the world – looked on in disbelief as the mob fought its way into the building and strolled through the corridors of power and into legislators’ offices. But plenty of others viewed these acts as justified based on the false narrative promulgated by Trump and his sycophants that the 2020 presidential election was illegitimate due to widespread voter fraud.

The attack on the Capitol exposed, in stark terms, the dangers of disinformation in the digital age. It provides an opportunity to reflect on the extent to which certain elements of America’s free speech tradition may no longer be fit for purpose.

At the outset, it is important to note that Trump’s speech at the “Save America” rally that directly preceded the attack may not warrant free speech protection under the first amendment of the US constitution. While America is an outlier among liberal democracies for its expansive protection of speech, this right is not unlimited.

In Brandenburg v Ohio (1969), the supreme court held that the first amendment permits the government to forbid advocacy of the use of force or illegal behaviour where such advocacy is directed to inciting or producing imminent lawless action and is likely to incite or produce such a result.

This test is extremely difficult to satisfy. But both elements may have been met in Trump’s speech, especially given the broader context of Trump emboldening and encouraging his supporters to commit acts of violence and lawlessness.

Trump repeated the falsehoods he’s been disseminating since the election, including that it was “rigged” and “stolen” by Democrats. He said:

Further encouraging his supporters to “never give up” he instructed them to “walk down [to the Capitol]”. Those supporters then walked the two miles from the White House to the Capitol and laid siege to the building.

Regardless of whether Trump’s “Save America” speech satisfies the Brandenburg test, his dangerous rhetoric throughout his tenure as president and his use of social media to disseminate disinformation on a routine basis, raises the question of whether the American approach to free speech remains viable in the 21st century.

Many preeminent US free speech scholars are weighing in on this question and examining whether and to what extent American devotion to unencumbered and open public debate poses a contemporary threat to democracy.

The cornerstone of first amendment doctrine is the “marketplace of ideas”, which is premised on the belief that the primary purpose of the first amendment is to preserve an uninhibited environment in which truth will ultimately prevail.

The metaphor was first introduced in the early 20th century by supreme court justice Oliver Wendell Holmes in Abrams v US, in which he opined that “the best test of truth is the power of the thought to get itself accepted in the competition of the market”.

The supreme court holds that the first amendment recognises no such thing as a false idea. Regardless of how pernicious an opinion may seem, Americans must depend on its correction from the competition of other ideas. It further emphasises that the marketplace of ideas must remain free and open to prevent the government from controlling the search for “political truth”.

This may have been true before the advent of cable news and social media, when people had few choices from which to obtain information. But this is not true now – many Americans are stuck in echo chambers where they are fed a steady diet of propaganda and disinformation. This is evidenced by the number of individuals who believe Trump’s lies about voter fraud and were willing to resort to violence to “save America”.

Additionally, the marketplace of ideas does not account for the fact that the government itself plays an important role as a participant in public discourse. Trump has used the power of the bully pulpit – and his Twitter account – to propagate far-right propaganda and conspiracy theories to serve his own political agenda.

This approach to free speech has not only permitted, but arguably fostered an environment in which an aspiring authoritarian wrested control of the presidency. Trump has exploited the power of social media – with the help of other Republicans and far-right media outlets – to craft a false reality in order to serve his personal interests at the expense of his country.

The events at the Capitol were shocking to so many Americans who were lulled by American exceptionalism into a false sense of security in the stability of the country’s democracy. This was shattered on January 6 along with the windows of the Capitol. This is an opportunity for the US to engage in a conversation about the appropriate limits of free speech in the 21st century.