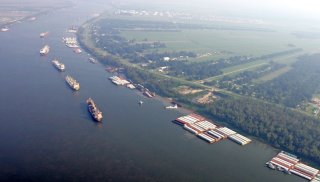 Here's What You Need to Remember: Dominant navies—the Royal Navy in its imperial heyday, the U.S. Navy today—likewise prefer to gird against rival battle fleets rather than invest scarce resources in vessels, methods and tactics useful for escort duty. The greats of maritime history would be aghast.

Nor is forgetfulness a solely American thing. Having grudgingly embraced convoys during the Napoleonic Wars, Great Britain’s Royal Navy had to learn afresh during World War I, when Imperial German U-boats transformed the Atlantic Ocean into a killing ground for Allied merchantmen. Britain could have well starved under the press of undersea warfare. And having entered the Great War because of unrestricted submarine warfare and spent 1917–1918 combating the U-boat menace, the U.S. Navy had to relearn elementary facts about anti-submarine warfare during World War II. Hence the grievous losses off American shores in 1941–1942. These were the wages of institutional forgetfulness.