Can China's 7,000-Strong Tank Force Lead It to Victory in a War? 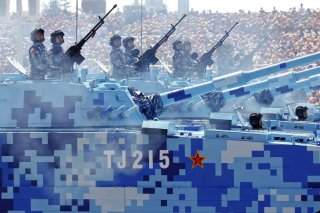 Here's What You Need to Remember: Equipping an army with modern tanks is one thing. As the PLA is learning, effectively using the same tanks is entirely another thing.