Can the F-22 Raptor Be Shot Down? This Wargame Says Yes 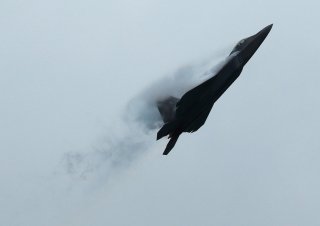 Here's What You Need to Remember: No plane is invincible and the F-22 is no exception.