Can Joe Biden Save the U.S. Postal Service? 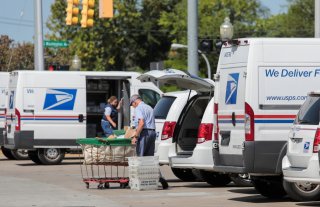 The Postal Service has been an important American institution since the birth of the nation. However, its organization and legal framework have failed to keep pace with changing times. The last institutional reform of the postal system was in 1970, when the Post Office Department was replaced by the modern, independent, and “business-like” Postal Service. In 1970, the core mission of the Postal Service was still the timely exchange of first-class letter communications. Today, although letter mail remains significant, the primary functions of the Postal Service have shifted to distribution of packages, advertisements, and other commercial material. In these activities, the Postal Service operates not as a monopoly supplier of governmental services but as a part of national distribution network dominated by the private sector (e.g. private delivery services and advertising media). The 50-year-old statutory framework does not provide USPS with the tools, incentives, and flexibility needed to participate successfully in the 21st-century marketplace.

Fundamental reform of the US Postal Service presents a long-neglected complex intellectual and political challenge. That is in part because it is difficult to address as the US government is currently organized. No office within the executive branch is explicitly responsible for development of policy in postal and related sectors and also possesses the expertise to develop new legislation. Congress, too, lacks the institutional resources in postal matters that it once maintained. Today, the main repositories of postal expertise within the federal government are the Postal Regulatory Commission and the Government Accountability Office, both oversight agencies not normally used for policy development. For this reason, past administrations have resorted to presidential commissions to undertake postal policy reviews, but the last two commissions (2003, 2018) lacked adequate time or resources to prepare comprehensive reform proposals.

A glance at the financial position of the Postal Service makes clear that a top-to-bottom review of US postal laws cannot be postponed further. In the past decade, the USPS has lost an average of $6.5 billion (or 7.5 percent) each year. In FY 2020 alone, the USPS lost $9.2 billion (or 8.6 percent) on revenues of $73.1 billion. The USPS has been able to continue operations only by refusing to make various payments to the Treasury required by law. As of September 30, 2020, USPS owed the US government $77 billion in loans and unpaid obligations, a debt it is unlikely to be able to pay. The $97 billion in unfunded pension and health-care liabilities endangers the Postal Service’s long-term viability.

There is no light at the end of this tunnel. Although in recent years Congress has considered bills that would grant USPS substantial funds, these bills have failed to make it to the legislative finish line because they lack a clear and coherent public policy basis. They bear no apparent relationship to the conditions leading to USPS’s financial problems and do not take into account the changing needs of society in the 21st century or the long-term effects of such subsidies on the national distribution network.

In short, for the new administration the immediate need is not a proposal for comprehensive postal reform— an impossibility at this stage — but the means of developing such a proposal. Options include a new presidential commission, a high-level inter-agency task force, and/or analyses by independent consultants. Whatever mechanism is selected, the task today is at least as great as that which faced the Kappel Commission in 1968, whose report laid the basis for the current postal law. Adequate time and resources must be made available to allow an in-depth examination of the key issues from many perspectives, including economic, political, and legal/governmental. In addition, the expertise of the Postal Regulatory Commission will be critical to this effort, so the administration should ensure that the commission is willing and able to provide necessary technical assistance.

R. Richard Geddes is a visiting scholar at AEI and the director of the Cornell Program in Infrastructure Policy. James I. Campbell Jr. is a lawyer and consultant in Washington DC, as well as a long time adviser to Federal Express Corporation on US postal reform and international postal policy.