Can the Marines Reform Themselves to Better Confront the China Threat? 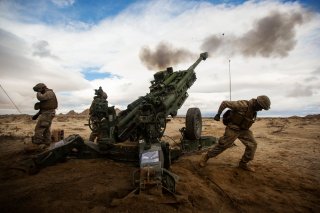 Here's What You Need to Remember: What could be wrong with a plan that promises to make the Marine Corps relevant to future conflict scenarios, liberate it from being America’s second land Army, and simultaneously give it a whole lot of new platforms and systems? Actually, quite a lot.

His article first appeared at RealClearDefense in 2019 and is being reposted due to reader interest.