Can the Navy Save the Zumwalt Stealth Destroyer From Failure? 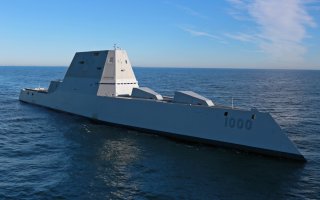 Here's What You Need to Remember: The Navy is also currently evaluating potential SM-6 integration for the USS Zumwalt. The SM-6 has been a fast-evolving weapon for the Navy – as it has expanded its mission envelope to include air-defense, ballistic missile defense and even offensive use as an anti-ship surface attack weapon.

This first appeared in Warrior Maven here several years ago. It is being republished due to reader interest.