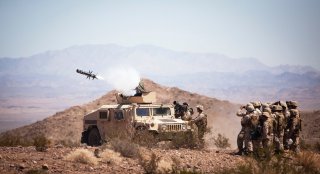 Here's What You Need to Remember: Langfan does mention the thermobaric version of the Kornet as having massive explosive potential. While this is true, the thermobaric version has very little penetrative capabilities. It’s unlikely that a thermobaric Kornet would make its way through the hull, though it probably would leave a significant dent or create spalling on the other side.