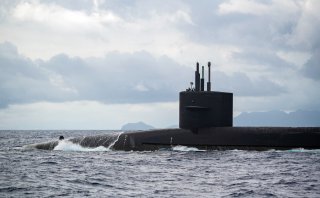 Here's What You Need to Know: Submarines are the most stealthy of military craft -- for now.

Russia is testing unmanned underwater vehicles (UUVs) equipped with towed sonar arrays, according to the newspaper Izvestia. Attached to long, flexible tethers more than a mile long, towed sonar transmitters and receivers are far enough from the noise of the towing surface ship that they suffer less interference. The downside is that like a car towing a U-Haul trailer, the towing ship moves more slowly and has to maneuver more carefully to avoid snapping the tether.