Can You Guess the World’s 5 Top Air Forces? 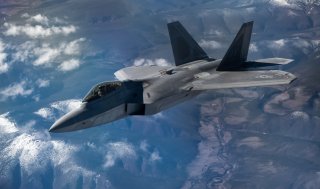 Here's What You Need To Remember: Japan is now set to procure forty-two F-35A Joint Strike Fighters, with the first four aircraft ordered just last month. It is continuing development of the indigenous F-3 fighter project to replace the F-15, under the assumption that future first-line American fighters will be off limits. Meanwhile, F-15J and F-2 fighters are receiving upgrades to boost their air-to-air capability.