Can You Guess the World’s Top 5 Naval Forces? 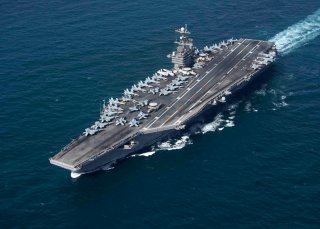 Here's What You Need to Remember: The rest of the Russian Navy is slouching toward oblivion, with a dwindling number of large surface combatants, submarines and a single, decrepit aircraft carrier. Yet there’s still hope: before the money ran out Moscow had big plans for its navy, and if were to somehow find funding, a number of interesting projects could be pursued.

Under current plans the U.S. Navy should reach its three-hundred-ship goal between 2019 and 2034, but after that period the number of surface combatants begins to drop. These plans also assume a higher than average shipbuilding budget, while at the same time the service must compete with the budget demands of other services—particularly the Air Force—and domestic programs. While U.S. naval superiority isn’t ending any time soon, the period after 2030 will be a critical one.

Kyle Mizokami is a defense and national security writer based in San Francisco who has appeared in the Diplomat, Foreign Policy, War is Boring and the Daily Beast. In 2009 he cofounded the defense and security blog Japan Security Watch. You can follow him on Twitter: @KyleMizokami. (This first appeared in 2016.)