The Canadian Air Force Should Be Apologizing Right Now 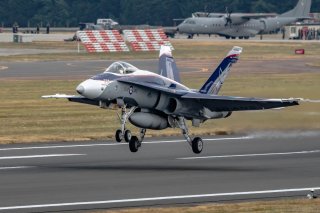