A Cannon With Wings: A Pilot Remembers Flying the Mighty A-10 Warthog 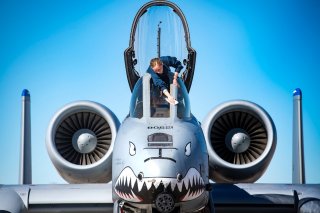 Here's What You Need to Know: “You’re always pining to go back and relive your glory days. I always look back fondly..."