The Capitol Riot Exposes the Myth & Pathology of American Exceptionalism 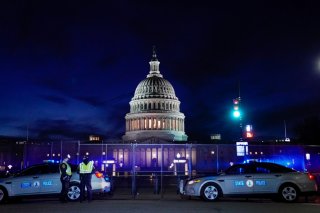 Looking at Donald Trump’s dangerous behaviour since he lost the presidential election, it’s hard not to recall an observation John Kelly made in 2018.

“He’s an idiot,” the former White House chief of staff said. “He’s gone off the rails. We’re in Crazytown.”

“Crazytown” is not a one-man phenomenon, however: consider Trump’s 74 million votes, Republican conspiracy theories, Ted Cruz-led Senate shenanigans and the assault on the U.S. Capitol by those who’d come to Washington to disrupt the congressional endorsement of the election results.

The departing president should be seen as the avatar of American attitudes and behavioural predispositions, both widespread and deeply rooted.

In a famous 1933 lecture, “The Dissection of the Psychical Personality,” Sigmund Freud said:

“Pathology, by making things larger and coarser, can draw our attention to normal conditions which would otherwise have escaped us. … If we throw a crystal to the floor, it breaks; but not into haphazard pieces. It comes apart along its lines of cleavage into fragments whose boundaries, though they were invisible, were predetermined by the crystal’s structure.”

Freud was clearly talking about individuals in this lecture, but it can be applied to political and social affairs in 1933: countries broken by the Great Depression and the rise of Adolf Hitler. As a historian, I am also intrigued by what Freud’s observations tell us about Trump’s homeland.

Greek and Latin roots of the word “pathology” signal the study of passions and diseases — and the substantial popularity of Trump’s extreme policies and behaviours offers a valuable diagnostic tool for identifying American pathologies.

To borrow from Freud, think of the United States as a “crystal.” A glittering crystal to many minds — a “shining city on a hill,” as former president Ronald Reagan often described it, drawing on early Puritan imagery — widely celebrated through three centuries as being exceptional for its commitment to liberty, equality, opportunity, the rule of law, economic and cultural innovation.

But the self-celebration of American exceptionalism has been hard to stomach during the past four years as Trump and phalanxes of enablers (including congressional Republicans) and admirers (including mask-shunning Make America Great Again adherents) have chipped away at core values and past glories.

Before Joe Biden’s election, it was all too easy to imagine that the foundations of the famed city on a hill were crumbling — that the crystal was falling and shattering.

Without minimizing Trump-era damage, however, Freud’s reference to “lines of cleavage” that were “pre-determined by the crystal’s structure” deserves attention.

Make no mistake: American attributes and achievements are real — opportunity and tolerance for many, for example, offering pathways to education and economic success as well as escapes from wars and persecution.

But “many” has never been “all” — and at every point in American history, the number of people unable to share in the country’s blessings has been tragically large.

In the earliest days of the republic, in fact, those who were constrained or had pain and death inflicted upon them were the true majority.

National mythology tends to pay scant attention to the founding decades in which women — fully half of the population — had no rights. Millions of slaves were terrorized and abused beyond imagination. Tens of thousands of Indigenous people were robbed of land, culture, autonomy — and life.

Just like today, ideals were lauded in the 19th century — sincerely in many cases — by political leaders, reformers and intellectuals: Thomas Jefferson, John Quincy Adams, Ralph Waldo Emerson, William Lloyd Garrison, Elizabeth Cady Stanton. Ideals had some impact too: witness the end of slavery. But the impact was limited as persistent prejudices and predispositions further deepened the cleavages that went on marring the shining crystal.

Some flaws are particularly glaring and damaging, and persist today.

“Jim Crow” laws, rural lynchings and urban riots made it clear that systemic racism hardly ended with the Civil War. Indigenous Americans (“squalid savages,” according to former president Theodore Roosevelt, whose face is carved onto Mount Rushmore) have also been continuously subjected to brutal land grabs and cultural devastation.

Former president Richard Nixon’s “southern strategy” brought racism politics into the late 20th century, with reinforcement by Reagan and others. Reagan, in fact, once grumbled — to Nixon — about anti-American rhetoric at the United Nations: “To see those, those monkeys from those African nations – damn them, they’re still uncomfortable wearing shoes.”

This included tightened overall immigration restrictions in the 1920s, resistance to welcoming Jewish emigres in the 1930s, and Japanese internment camps and Zoot Suit riots against Latinos in the 1940s. Anti-Muslim and anti-refugee agitations in the 21st century — as well as the “China flu” labelling so embraced by Trump — have been tapping into deep wellsprings.

The treatment of women remains another crack in the crystal of American ideals.

Not until 1920 were women across the country able to vote; it wasn’t until the 1930s that a woman was appointed to a cabinet post (Frances Perkins as secretary of labor). Not yet have women achieved even an approximate proportionate presence in Congress or corporate headquarters; women still currently hold less than 30 per cent of seats in Congress.

Such deeply rooted prejudices and passions have always dimmed the glowing aura of American values and achievements. They also continue to risk the crystal breakage that Freud’s description of pathology suggests.

Antique chisels and hammers remain at hand — and Trump allies and wannabes are still energetically wielding them. This is not a problem unique to the United States, of course, but its historic character warrants more attention than the departing president’s talent for monopolizing the spotlight, throwing tantrums and inciting violence often allows.