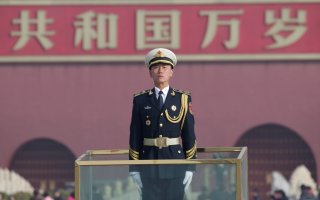 Here's What You Need To Remember: Party prelates want to impress not just on the Chinese people but also on foreign audiences—including Japanese—that China is back in a big way.

James Holmes is J. C. Wylie Chair of Maritime Strategy at the Naval War College and the author of A Brief Guide to Maritime Strategy, due out Sunday. The views voiced here are his alone. This first appeared last year.