This Cheap Submarine From Sweden 'Sank' a U.S. Aircraft Carrier 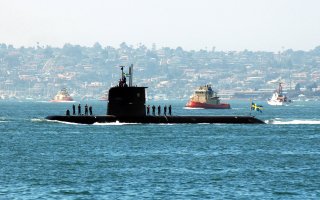 Key Point: The advent of cheap, stealthy and long-enduring diesel submarines is yet another factor placing carriers at greater risk when operating close to defended coastlines.

This article originally ran in November of 2016.