Check Out This Strange DirecTV Story in Boston 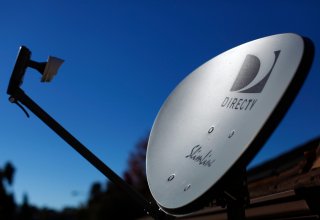 A lot of people move into a new house and notice that a satellite dish, most likely used by a previous owner, remains on the roof. One woman recently got an even stranger surprise.

According to Boston 25 News, a woman who lives in East Boston is trying to solve the mystery of how a DirecTV dish was installed at her home. The dish appeared despite the woman, whose name is Mary, not signing up for the service or ordering the dish to be installed, nor do her two tenants. Installing the dish also required effort, including the likely use of a ladder.

“It’s actually scary to know someone was up there, and we don’t know who it is or how it got there,” Mary told the TV station. “Please somebody come and take it off!”

Mary called DirecTV to ask what happened, as well as Boston’s police and fire departments, although those efforts have led to a “dead end.”

It’s unclear how common such an issue is, although there have been frequent online message board discussions about, say, a tenant installing a satellite dish without their landlord’s permission.

At this point, it remains unclear if the dish was installed at the wrong house, or if there’s some other explanation for why it appeared there.

It’s been something of a tumultuous year for DirecTV. Owned by AT&T since 2016, the satellite service was spun off this year into a separate company, as part of a merger with private equity firm TPG Capital, although AT&T has retained a significant stake in the company. At the same time, its streaming service, formerly known as AT&T TV, was relaunched as DirecTV Now, and it launched with a high-profile series of TV ads starring tennis legend Serena Williams.

The NFL Sunday Ticket out-of-market football package remains almost entirely exclusive to DirecTV, but that deal is scheduled to expire after the 2022 NFL season, and the NFL is said to be interested in making the package a streaming product, that can be accessed by more than just DirecTV subscribers.

Apple, Amazon, Disney, and Comcast have all been mentioned as potential bidders for the package, although it's not clear what the NFL's timetable is for a decision on who will carry Sunday Ticket, which has been only available on DirecTV since its initial launch in 1994.

Asked this week who will end up with the Sunday Ticket package, the TV Answer Man website predicted that Disney, though ESPN+, would win the package, with DirecTV retaining the satellite portion of it.

“The streaming service, which is owned by Disney, will offer the package to the growing number of Americans who want to watch sports online while DIRECTV will continue to provide it to dish owners who have limited access to high-speed Internet service, or simply prefer satellite over streaming,” the site said.