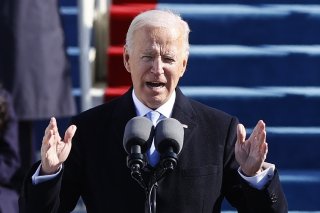 Here's What You Need To Remember: The bill indicates that only one parent can claim the child tax credit for any child if they share joint custody, according to Elaine Maag, a principal research associate at the Tax Policy Center.

The Biden administration announced Monday that the advance child tax credit payments would start to arrive on July 15 through December for families who are eligible.

Nearly 39 million families are expected to receive the monthly payment in July, the IRS said. The payments will arrive on the 15th of each month, and parents could get as much as $3,600 per eligible child, depending on age and their adjusted gross income.

Children between the ages of six and 17 are eligible for $3,000 each, and children under the age of six qualify for up to $3,600 each. That means eligible families can see monthly cash payments between $250 and $300 a month per child, while the rest of the relief can be claimed on their 2021 tax returns.

But what happens if parents share joint custody of a child?

For the first two rounds of stimulus payments, parents who shared joint custody of a child and weren’t married could each get a payment for the same child. President Joe Biden’s coronavirus relief legislation passed in March that sent out $1,400 stimulus payments, however, slashed that provision for the third round of direct relief.

The bill also indicates that only one parent can claim the child tax credit for any child if they share joint custody, according to Elaine Maag, a principal research associate at the Tax Policy Center.

Eligible recipients of the child tax credit include single parents with annual incomes up to $75,000, heads of households earning $112,500 and joint filers making up to $150,000 per year.

Biden’s rescue package also expanded the eligibility pool of dependents, allowing children from 18 to 24-years-old to qualify for some tax credit.

Dependents who are 18 can qualify for up to $500 each, and children between the ages of 19 and 24 who are enrolled in college for full-time instruction can also be eligible for $500 each.

Biden has also proposed an extension of the expanded child tax credit through 2025 as part of his $1.8 trillion American Families Plan, a measure that could roughly halve child poverty, according to experts.

But some congressional Democrats say this effort falls short of the needs of American families, as they have pressured the Biden administration to make them permanent.