Child Tax Credit "Stimulus" Check: The Secret Way to See If You Qualify 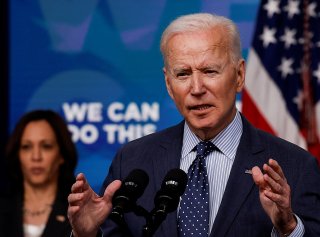 Here's What You Need To Remember: Two portals designed specifically for child tax credits will be up and running by July 1 to help individuals update and adjust their personal financial information and any changes to child dependents.

Over the past couple of months, there have been plenty of financially wounded Americans who have called for recurring monthly coronavirus stimulus checks.

Although no concrete action has been taken in Washington on this matter, come July 15, millions of eligible Americans will be on the receiving end of such recurring payments that some have dubbed as the unofficial fourth “stimulus” checks.

Thanks to President Joe Biden’s $1.9 trillion American Rescue Plan, these expanded child tax credits will head out to nearly forty million families. Washington officials have estimated that households representing more than sixty-five million children—or nearly 90 percent of all children in the United States—will benefit from the payments via direct deposit, paper checks, or prepaid debit cards.

“The American Rescue Plan is delivering critical tax relief to middle class and hard-pressed working families with children,” Biden said in a statement.

The stimulus bill made many families eligible to claim as much as $3,600 per year for a child under the age of six and up to $3,000 for children between ages six and seventeen—meaning that for a family headed by a couple earning less than $150,000, or an individual making under $75,000, they are now eligible to tap into a $250 or a $300 check each month till the end of the year.

The IRS has announced that by July 1, two portals designed specifically for child tax credits will be up and running to help individuals update and adjust their personal financial information and any changes to child dependents.

“Later this year, individuals and families will also be able to go to IRS.gov and use a Child Tax Credit Update Portal to notify IRS of changes in their income, filing status, or number of qualifying children; update their direct deposit information; and make other changes to ensure they are receiving the right amount as quickly as possible,” the agency writes on its website.

The agency added that the portals can be used to opt out of the payments as well. In such situations, these individuals will potentially be in line to receive a one-time lump sum during tax season next year.

“Eligible taxpayers who do not want to receive advance payment of the 2021 Child Tax Credit will have the opportunity to decline receiving advance payments,” the agency states.

“Taxpayers will also have the opportunity to update information about changes in their income, filing status or the number of qualifying children,” it continues.

Also, do take note that if Congress ever approves Biden’s American Families Plan, the credits would continue to be disbursed through 2025.

“Congress must pass the American Families Plan to ensure that working families will be able to count on this relief for years to come,” Biden said.