China Is Abusing Tariffs. They Learned From America. 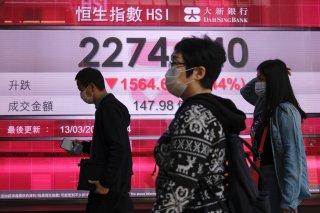 Many of you are probably familiar with the late 1980s public service announcement where a father is scolding his son about doing drugs, and asks him where he learned this bad behavior. The son replies, “You, all right. I learned it by watching you.” Well, in the field of anti‐​dumping, the practice of which presents its own dangers, that same sort of learning is taking place. Our colleague Dan Ikenson recently wrote about a new set of anti‐​dumping practices established by Congress in 2015, and then implemented by the Commerce Department, through which this agency can calculate a higher rate of anti‐​dumping duties when it is found that a “particular market situation” exists. Such U.S. practices do not go unnoticed, and as we explain below, it appears that in a recent ruling, China has been following the U.S. lead when it comes to finding ways to inflate anti‐​dumping duties based on the existence of distorted markets.

In response to a petition from the domestic industry, in 2019 China’s Ministry of Commerce (MOFCOM) began anti‐​dumping and countervailing duty investigations on imported n‐​propanol originating in the United States (n‐​propanol is a raw material that goes into many products, including pharmaceuticals, food additives, insecticides, and paints). MOFCOM recently released its preliminary ruling in the anti‐​dumping case (there will now be an opportunity for the parties to comment before a final ruling is issued). In this ruling, MOFCOM reached a conclusion that the price of n‐​propanol is distorted in the U.S. market and, therefore, the price there cannot be used for the price comparison that is the basis of determining the amount of dumping. As a result, MOFCOM relied on an alternative calculation methodology — it had not done this before, although it had considered doing so in a couple recent cases — and found dumping margins ranging from 254.4 to 267.4%, which means that, if this methodology is confirmed in the final ruling, tariffs will be applied in those amounts.

Now, you may be thinking that there was a typo above, because the amount of dumping couldn’t possibly be over 250%. But those numbers are the correct numbers. You get used to such high numbers when you spend any time with anti‐​dumping, regardless of which country is imposing the duties.

How exactly did MOFCOM decide that the U.S. market was so distorted — by subsidies and other government intervention — that these high tariffs are justified? The domestic industry did not even ask MOFCOM to take this particular approach, and in their anti‐​dumping petition, they asked for tariffs of “only” 154.07%. But MOFCOM looked over at the countervailing duty petition that had been filed simultaneously, saw a whole list of subsidies/​distortions, and ran with that information. It focused on the following (translated from the original Chinese): (1) “U.S. government agency or public body administration of, and constraints on, oil, gas, coal and other resources”; (2) “the implementation and effects of the industrial plans and strategies of oil and gas industries”; (3) “the support measures of the U.S. government in the energy industry”; (4) “U.S. import and export controls in the oil and gas industries”; (5) “financial support of the oil, gas, coal and other industries by the U.S. government”; (6) “government intervention and constraint on prices of oil, gas and coal”; (7) “non‐​market condition in the electricity sector”; (8) “price distortions of ethylene, syngas, and hydrogen”; and (9) “financial supports to domestic chemical companies by the U.S. government.”

To elaborate on one of these, in their submissions in the countervailing duty case, the domestic industry pointed to the large amount of financial support provided by federal and state governments to U.S. chemical companies, including subsidies for research and development and Ex‐​Im bank loans at the federal level, as well as preferential tax programs and funding at the state level. The petitioners had claimed that Dow Chemical Company received $2.34 billion of subsidies since 2000, Sasol received $1.85 billion, Eastman received $136 million, and BASF received $339 million. In the absence of any rebuttal evidence, MOFCOM concluded that government subsidies had a significant impact on resource allocation in the chemical industry and therefore affect market demand and supply as well as prices. Because of these and other non‐​market conditions, MOFCOM concluded that the costs and prices in the United States could not be used to calculate the dumping margins. Instead, in order to determine the dumping margin, MOFCOM used a different production cost that it calculated on its own.

U.S. government subsidies for the fossil fuel industry are no secret. Estimates vary depending on the method of calculation. According to OECD data on fossil fuel support, the United States provided subsidies of $8 billion for fossil‐​fuel production in 2019. That is a decline from the $15 billion in 2010, but it is still a large amount. Others have offered even larger estimates. A 2015 report by the Overseas Development Institute estimates that the U.S. provides more than $20 billion of subsidies to fossil fuel production annually. And of course, subsidies are common in other sectors as well.

What this means is, with all the subsidies that are out there, governments wishing to inflate anti‐​dumping margins with these and similar methodologies have an easy excuse to do so.

The lesson from all this is that the abusive anti‐​dumping practices documented by Dan and others at Cato over the years have an impact beyond just raising prices for U.S. consumers. Anti‐​dumping authorities in other countries watch how U.S. agencies behave and learn from them. These abusive practices spread, and U.S. companies are faced with them when selling to foreign markets. We can be mad at China for following our lead, but we should be mad at ourselves for getting the ball rolling.

This article by Simon Lester and Huan Zhu first appeared at CATO.