China Is Crying: How America Could Deploy Troops To The Senkaku Islands 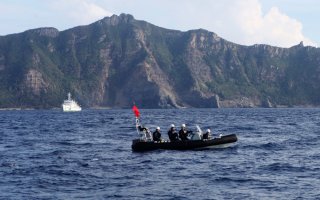 Here's What You Need to Know: If soldiers from China’s People’s Liberation Army (PLA) ensconced themselves in the archipelago they would hold a flanking position within striking range of Taiwan and the midsection of Asia’s first island chain. Wresting control of the Senkakus from Japan would not deliver Taiwan into Beijing’s hands or fracture the first island chain all by itself—but PLA strategists might deem it a useful incremental gain that hastens China toward those goals.