China Doesn't Have the Manpower To Operate Its Growing Drone Arsenal 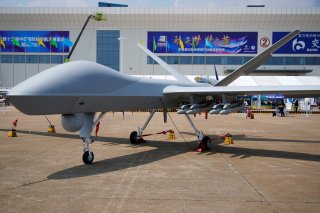 Here's What You Need to Remember: After nearly two decades of war, the Pentagon employs tens of thousands of experienced robot-handlers. It could take many years for China to build up similar human capital.

David Axe served as Defense Editor of the National Interest. He is the author of the graphic novels War Fix, War Is Boring and Machete Squad. This first appeared in September 2019 and is being reposted due to reader interest.