China is Fitting a Ridiculous Amount of Missiles on Its Warships 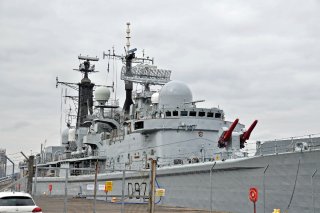