China Has Paid Attention to Russia's Intervention in Syria 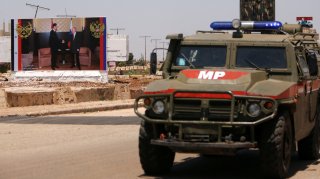 Here's What You Need to Remember: Beijing may take lessons from the Kremlin’s new paradigm for military intervention.

Lyle J. Goldstein is professor of strategy in the China Maritime Studies Institute at the United States Naval War College in Newport, Rhode Island. He is also an affiliate of the new Russia Maritime Studies Institute at NWC. You can reach him at [email protected]. The opinions in his columns are entirely his own and do not reflect the official assessments of the U.S. Navy or any other agency of the U.S. government. This article is being republished due to reader interest.