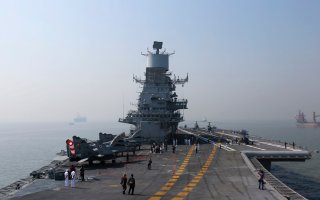 Here's What You Need to Remember: Although the Indian Navy has toyed with the idea of nuclear propulsion, it really doesn’t need a nuclear carrier; the strategic tasks of the navy should keep it relatively close to home, and building nuclear propulsion into the design would result in three different carriers with three different designs, limiting efficiency and co-operability.

Robert Farley, a frequent contributor to the National Interest, is author of The Battleship Book. He serves as a senior lecturer at the Patterson School of Diplomacy and International Commerce at the University of Kentucky. His work includes military doctrine, national security and maritime affairs. He blogs at Lawyers, Guns and Money, Information Dissemination, and the Diplomat.