China May Have Learned More From Pearl Harbor Than America 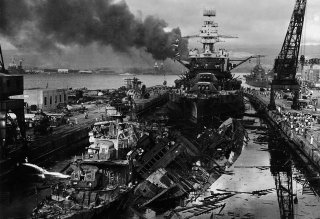 Here's What You Need To Remember: In short, this is a rival who seems to have learned from Yamamoto: don’t jab a sleeping giant, and if you do, don’t steel his resolve. Let him slumber until it’s late in the contest, and you may prevail.