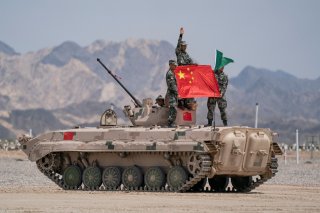 Here's What You Need to Remember: Having the tanks is one thing, as China is quickly learning, it is more important to know how to use them.

But China, not the United States or Russia, possesses the planet’s biggest tank force, altogether possessing a whopping 6,900 tanks.

“The volume and cost involved in producing sufficient modern tank designs to equip this force have, however, proved to be a significant challenge for the PLA, and it is only recently that the percentage of the tank force so-equipped has risen above 50 percent.”